Where to Eat Breakfast in the French Quarter 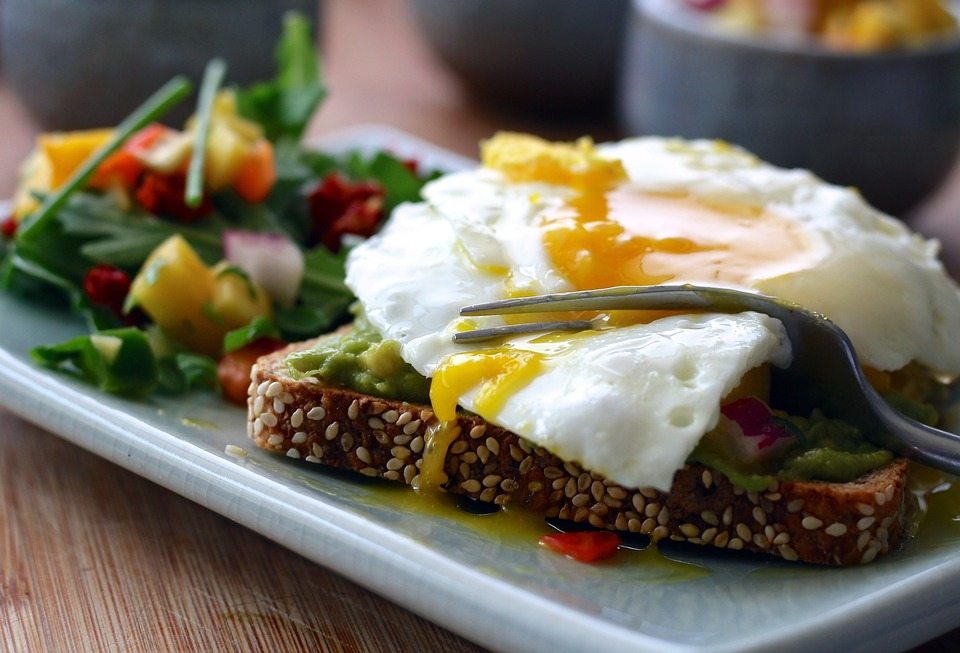 Breakfast is the most important meal of the day, and it’s also a great opportunity to soak up New Orleans’ culinary traditions. Beignets, eggs Benedict, brandy milk punch—some of the city’s most revered dishes and beverages were made to be consumed before noon. Of course, breakfast is also a time to refuel and give your body the nutrition it needs for a long day (and night) of exploring. Fortunately, thanks to a bevy of breakfast spots near Prince Conti, it won’t be hard for you to find a meal that hits the spot.

Deep-fried everything topped with cream sauce — if that sounds like the stuff you’ve been eating in New Orleans, you aren’t alone. Louisiana cuisine can land heavy, which is why a healthy breakfast can be such a refreshing way to start your day. Cafe Conti (830 Conti St.), located in the Prince Conti Hotel, offers the best of both worlds — hearty Southern fare like po-boys and Cuban sandwiches, as well as lighter fare including fruit salads and crepes.

Brennan’s (417 Royal St.) is a bastion of Creole dining that’s been known for indulgent Creole breakfasts since 1946. Seafood gumbo, eggs Benedict, duck Andouille, buttermilk biscuits, served along with the classic eye-opener cocktails. You’ve never had breakfast this luxurious or service this attentive. There’s also a two-course, prix fixe breakfast option for those who want to indulge just a tiny bit less.

Here’s the thing about Cafe du Monde (800 Decatur St.): You really can’t pick a bad time to visit the 24-hour beignet destination. It’s great in the afternoon when the French doughnuts and cafe au laits serve as sugary, caffeinated pick-me-ups. The cash-only joint is also great for late-night noshing when a greasy snack to soak up the booze is just what the doctor ordered. But it may be best in the morning when the sun rises over the Mississippi, the streets are freshly washed and the vendors are just setting up in Jackson Square. Beignets for breakfast at a spot that’s been slinging them since 1862 — there’s nothing more New Orleans than that.

Stepping into this pastel jewel-box of a cafe is like stepping into a 19th-century ice cream shop (probably because that was the building’s original use). Grab a cup of coffee and a fresh-baked almond croissant for the best pastry outside of Paris, and enjoy both in Croissant d’Or’s (617 Ursulines Ave.) petite courtyard, populated by fountains, plants, and sparrows swooping in to peck up crumbs. Those with larger appetites may opt for something heartier, like the huge ham and cheese baguettes or spinach quiche. It’s really hard to go wrong when the ambiance is this charming and everything displayed in the gleaming case so delicious.

Stanley (547 St. Ann St.) has so much going for it: the sunny, airy space, prime location overlooking Jackson Square, a literary reference in its name, and generously portioned yet affordable all-day breakfast packed with Louisiana favorites like fried oysters and BBQ shrimp and grits. Try the signature Bananas Foster French toast, or Eggs Stanley: cornmeal-crusted oysters, poached eggs, Canadian bacon and Creole hollandaise on a toasted English muffin. Eggs Benedict gets a po-boy treatment by being served on toasted French bread. Or, if you can handle it, try the breakfast seafood platter, with soft-shell crab, oysters, and shrimp. Wash it down with a Mega (double) Bloody Mary or a milkshake punch while you people-watch.

With seven locations in New Orleans and counting, The Ruby Slipper Cafe (1005 Canal St. and 204 Decatur St. are two locations in the French Quarter) is a local chain that’s slaying the breakfast and brunch game. Breakfast staples like omelets and buttermilk pancakes meet distinctly Louisiana fare like shrimp and grits and bananas Foster pain perdu. Plus, there’s a lengthy selection of breakfast cocktails at the homey, comfortable cafe. It’s the perfect spot to chow down after a feat of endurance, like running the Crescent City Classic or window-shopping on Royal Street.

We hope to welcome you to Prince Conti.